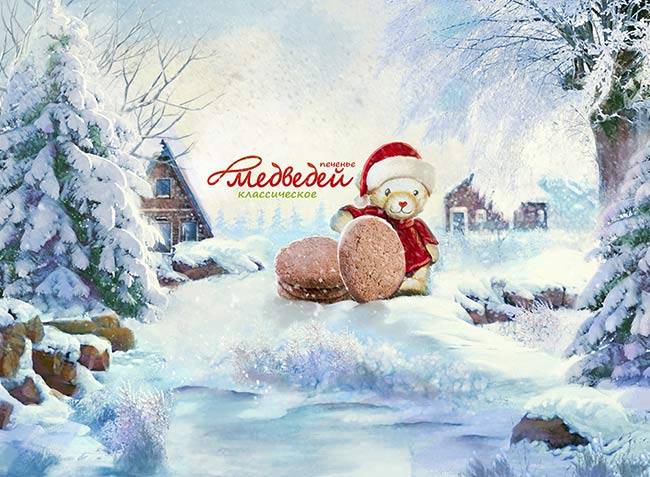 hey! so stuff is happening! i finally got my 3d printer, it’s so cool! Apparently when you get a 3d printer the first thing that you do is actually print out things FOR the printer. Like an arm to hold the printing material (that blue thing).

So tomorrow OR today i’ll be printing my dummy for the dresses hopefully it won’t mean i’ll have to re-sew the whole thing! I still hope i’ll get at least 2 dolls for the exhibition in march! i’ll update you of course.

Update: Stuff i painted this week

As i wrote you, my photographer friend, Grace Almera took these amazing pictures of women drinking coffee and i really loved them.  After seeing the series, I decided to paint one of the frames, but i added cats and changed the outfit and design a bit. I wanted to capture the concept of “what a girl wants” which is a lot of times just some quiet and cute stuff on the way. The comparison on top- because it came out really good!

Also for next week i’ll be publishing my own version of Corpse bride. 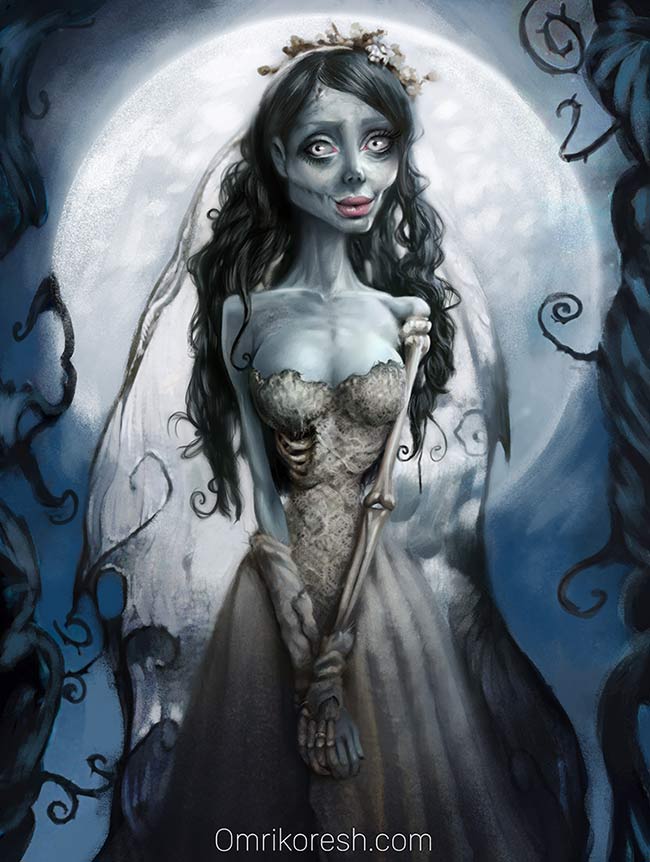 I told you earlier of who i based the face on. It’s this Iranian girl, “Sahar Tabar” who supposedly had a lot of plastic surgery on her face to look like a skeletal Angelina Jolie. After i examined her face and pictures i figured out, it’s all fake. this is her real face:

Yes, she did get a nosejob, lips done and cheek implants. But she’s not skinny/skeletal and in most pictures she has a bucket of makeup on her face. All of the pictures are heavily edited and photoshopped- pretty well i might add!

Anyway! corpse bride, Yea i loved the way it came out, i wanted to make the arms realistic but, it just didn’t work so i kept it semi-realistic and i tried to capture her in my own way.

Last year i told you guys that i worked for a private client for some cookie packaging, well now they are finally going to get printed out and sold in China! It’s a Russian company and the brand is called “8 bears“. I’m creating some new designs for them, i’ll show it here 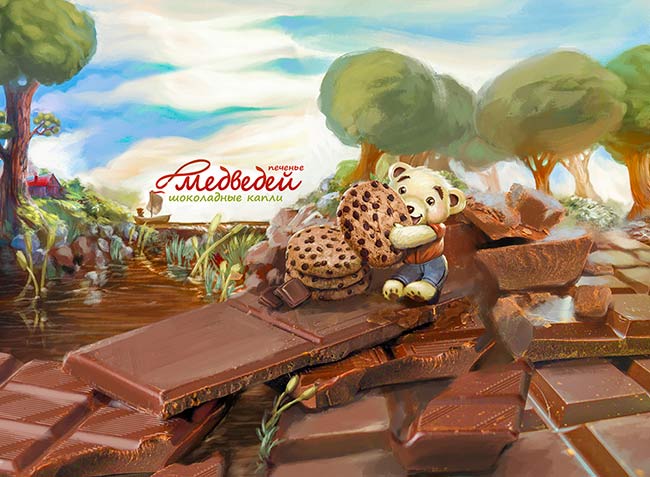 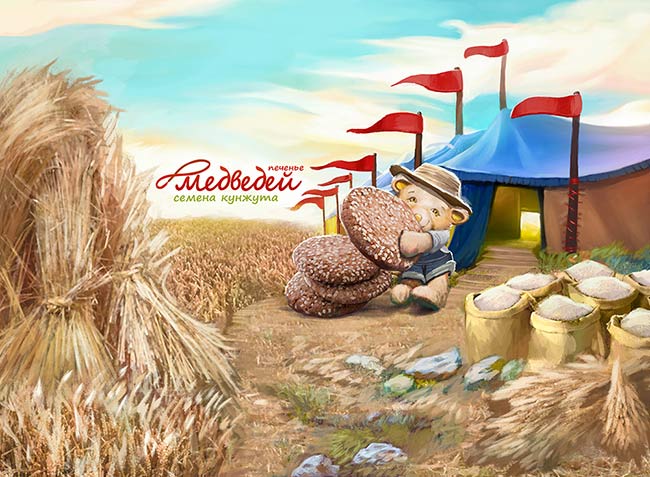 It’s super cute and i still have to finalize these images. I’m suppose to get a sample to eat this month, my client is coming for a visit in israel. This is so exciting, think like- people in CHINA will eat my artwork LOL

I’m the SOLE designer, art, painting, logos, everything. I dictated how this product will look like and the company pretty much let me go for it. At the beginning they thought like to create a flat background and a traditional packaging but i pushed to full blown paintings. I told them that THEIR audience WANTS ART so I made a sample and they put the idea in  a maybe pile and they showed it to people on their end- i won (:

I think there are about 10 different tastes, i’ll be able to create wallpapers if you guys will want to use one for your own computers.

Last Update: Got American‘s first assignment, I can’t share it just yet.

Thanks for reading my weekly update! believe it or not i got even more LOL so much stuff is going on.

We are at 157 Subs currently, if you like my work, tell a friend about my little kingdom.