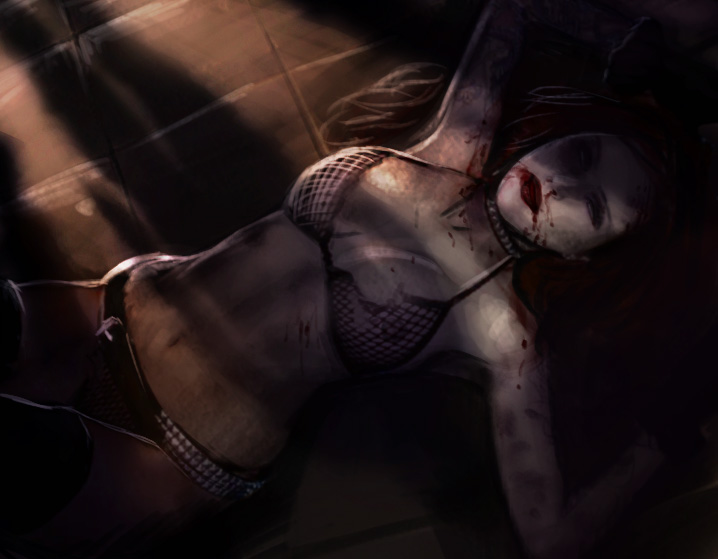 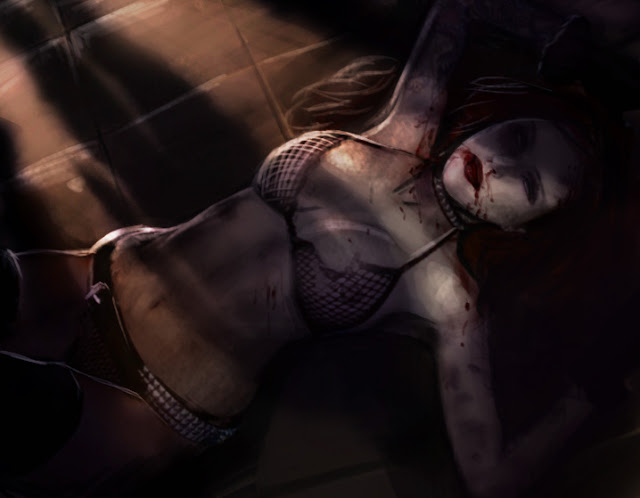 As she was on the floor, spread wide, lifeless.
One of the five boys that stood around her stated:
“There are three kinds of broads: abusive, indolent and the bad kind”
“What’s the bad kind?” he was asked
“Those who charge!”
The quartet laughed and stared at the filth before them. They walked to the corner of the room in order to get dressed while talking amongst themselves.
The last boy remained standing next to her, staring at the slut, at her morbid body.
She was beaten as an old punching bag, her white skin turned pale as wax, the crimson poured down the corners of her mouth.
Reader, you ask what happened?
He went down on his knees and gazed into her dead blue lens-covered eyes. He caressed with the tip of his fingers her gaping kisser that looked as if gasping for breath. Blood streamed across her red, fleshy lipstick smeared lips which was gleaming as her tossed dress.
Cheesy hotel rooms, cheap draping, cheap beds, they have their purpose, men usually cheat in places like these, in this case it was a party.
He stabbed a knife between her eyes.
Our Sociopath had a birthday.
(Old but i like it)